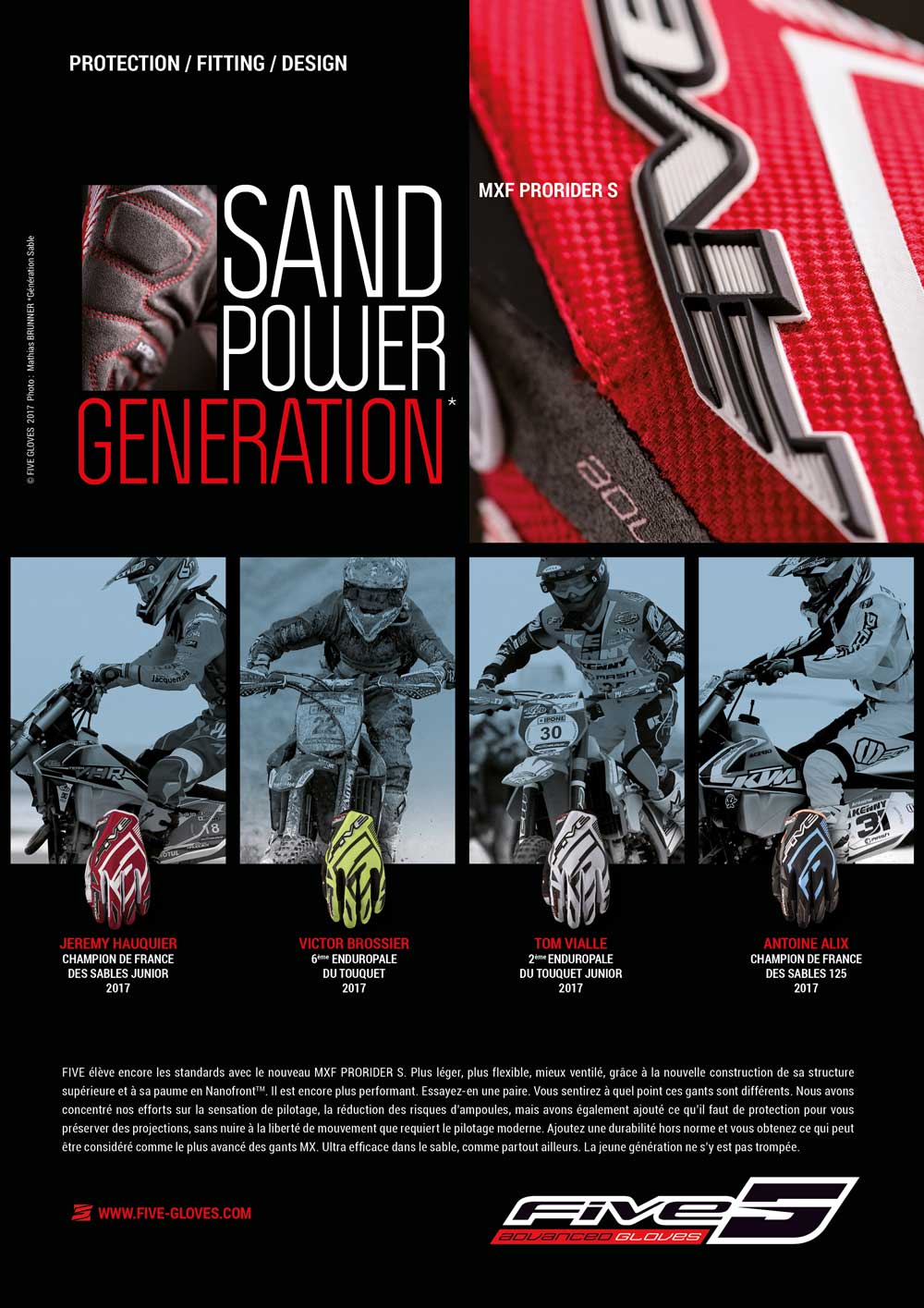 Our young FIVE riders have made a name for themselves at the last Enduropale of Le Touquet and at the French Sands Championship. To pay tribute to their performances, FIVE advertises with this visual on the back cover of MX Magazine (March issue). Again, congratulations to Jeremy HAUQUIER, French Junior Champion of the Sands, to Victor BROSSIER, 6th in the international Enduropale scratch classification, to Tom VIALLE, second in the Junior Enduropale, and to Antoine ALIX, 125cc French Sands Champion. They all chose to ride with the MXF PRORIDER S, probably the most advanced MX gloves, performing well in sand as on any other surface.